Southdowns was appointed to provide expert noise and vibration advisory services to one of the main railway contractors reponsible for undertaking track renewals on the West Coast Route Modernisation project.

The project, which was part of a major rail upgrade scheme between London and Glasgow, required a 5 month blockade to complete the works. The length of the blockade required certain working to be undertaken outside of normal hours and hence there were concerns over the sensitivity of the works to nearby residents.

Southdowns was responsible for advising on three different route sections:

A programme of detailed baseline noise surveys was developed in conjunction with the Local Authorities. A total of 7 unattended (long-term) sites and 45 attended (short-term) monitoring sites were identified across the different sections of work in both rural and non-rural locations. In general the transient nature of the renewals works was of less concern than the continual use of depot sites on a 24 hr basis. As a result, the unattended monitoring was concentrated at properties close to these locations.

Southdowns was responsible for developing the draft Section 61 consent applications for all the works for the Contractor and liaising with the local authorities to address any comments. All calculation were undertaken using specifically designed systems to address the transient nature of the renewals works, along with other calculations to consider the set-up and continuous operation of the depot sites.

Working to a tight programme of submissions, Southdowns staff were able to gain consent for the Contractor and ensure that works commenced to programme, advising on mitigation measures in sensitive locations. These included the use of 'exclusion zones' for certain out of hours works and the installation of temporary acoustic screening around depot sites. Consent conditions were reviewed by Southdowns to ensure that risks to the Contractor were minimised.

Once the works had commenced, Southdowns were commissioned to undertake compliance monitoring both in terms of noise monitoring and also visual BPM and other Section 61 compliance issues. Monitoring was undertaken during specific early operations to verify the assumed sound power levels in the Section 61 calculations. In particular verification was required for the Track Renewals Train (TRT) and the Medium Output Ballast Cleaning (MOBC) trains. Results showed that the original assumptions were robust and hence no variations or dispensations were required.

Routine scheduled monitoring was also conducted across the route where works were known to be taking place. Unattended continuous monitoring stations which were set-up near to several depot sites were operated through the duration of the works and summary weekly reports were produced and submitted to the client to demonstrate compliance at the nearest properties.

In addition to the activities described above, Southdowns were also required to liaise with neighbouring contractors to ensure consistency in BPM discussions and overall calculated noise levels. Group meetings with all Contractors involved were held at intervals as well as co-ordination meetings with Network Rail. 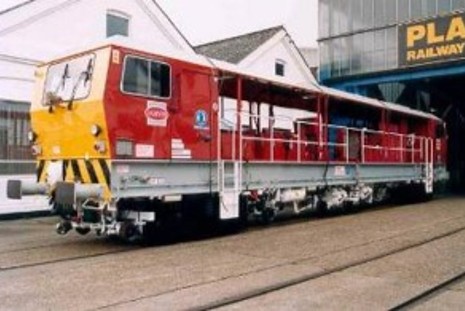