The UK Government published the updated Air Quality Plan for consultation, five days prior to the deadline date of the 9th May. The new Plan has already come under fire from members of the Opposition, ClientEarth, Friends of the Earth and the Mayor of London, Sadiq Khan, who labelled the Plan "toothless and wholly inadequate". ClientEarth, who have challenged the Government over the Air Quality Plan since it was first published for consultation in 2015, stated that "The government seems to be passing the buck to local authorities rather than taking responsibility for this public health emergency."

The Plan has put a large emphasis on local authorities introducing new and creative solutions to tackle air quality 'in the shortest possible time', as stipulated by the High Court. The suggested measures include the introduction of 'Clean Air Zones' (CAZ) for vehicles not meeting the Euro 6 emission standard for diesels, additional funding for hydrogen vehicles and electric taxis, and use of real-life driving emission testing. In addition to the Plan, new Framework Guidelines were published to provide advice for local authorities. These guidelines set out minimum requirements for CAZ, which include traffic management measures, working with businesses, and encouraging the uptake of low emission vehicles. Defra, however, have advised against vehicle charging zones, except in areas where authorities can not identify "equally effective alternatives".

ClientEarth is now examining the technical aspects of the Plan, to determine whether they will once again seek to take the Government to court. The Government appears to have made no commitment to introduce significant measures on a national scale, such as taxation or a diesel-scrappage scheme, which may be needed in order to improve air quality in the shortest possible time.

Opposition parties have suggested that by timing the announcement on the day of the local election results, the Government were looking to 'bury' this news. This contrasts starkly with the Government's recent claims in the High Court that the Plan had already been finalised, but publishing it during an election would draw attention from the issue. 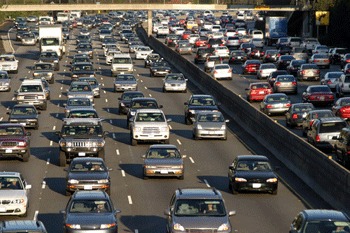